On November 14-17, the Reformed Baptist Minister’s Conference 2022 will be held in Pokhara, Nepal. Paul Nelson, Edward Dalcour, and John Waldrip will be traveling to Nepal and speaking at the conference. FirstLove is sponsoring the printing of two books, Holiness (J. C. Ryle) and Body of Divinity (Thomas Watson). These books have been translated … 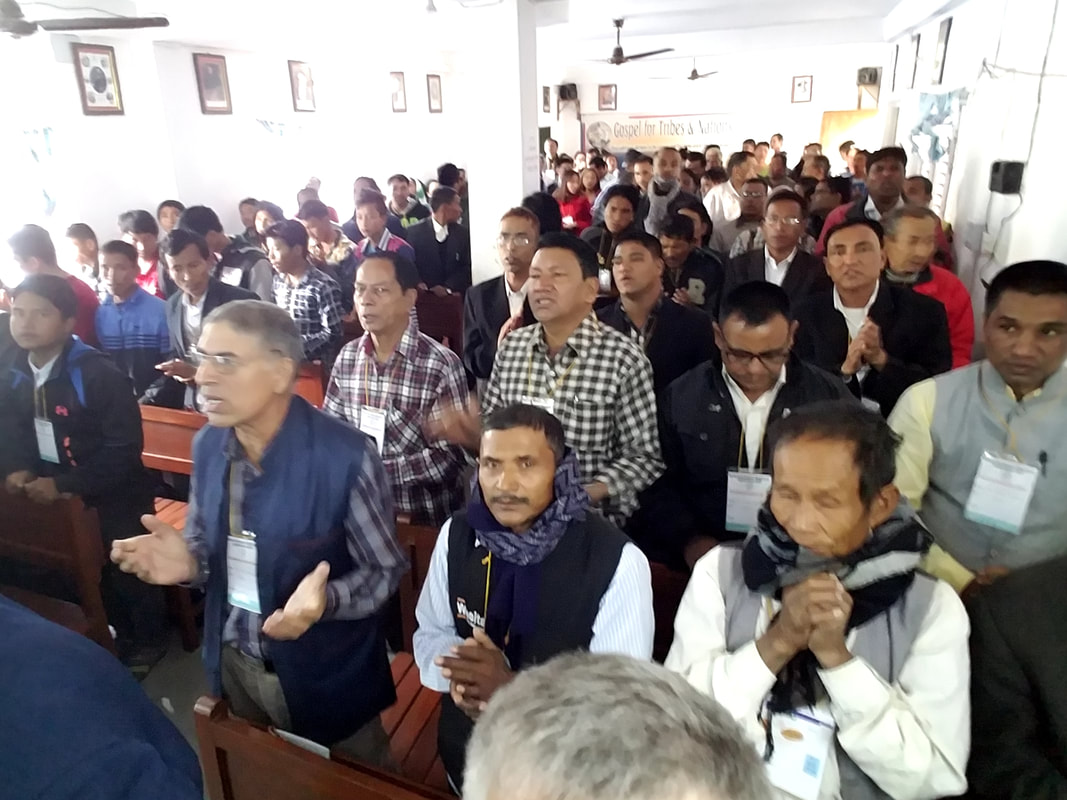 Mission Duration:​ November 26th  – December 4th 2017 “…Preach the word; be instant in season, out of season; reprove, rebuke, exhort with all longsuffering and doctrine”. 2Tim 4:2 “And the things that thou hast heard of me among many witnesses, the same commit thou to faithful men, who shall be able to teach others also.” …

Dear Pastor Joe, Greetings. Just to let you know that I was not feeling very well last week. My blood Pressure seems a bit high at 140/110. I have taken rest for few days and I am going to the hospital tomorrow. The relief work in the aftermath of the devastating recent earthquake is going well. Last …

During the late 18th-early 19th centuries, the principality of Gorkha united many of the other principalities and states of the sub-Himalayan region into a Nepalese Kingdom. Nepal retained its independence following the Anglo-Nepalese War of 1814-16 and the subsequent peace treaty laid the foundations for two centuries of amicable relations between Britain and Nepal. (The Brigade of Gurkhas continues to serve in the British Army to the present day.) In 1951, the Nepali monarch ended the century-old system of rule by hereditary premiers and instituted a cabinet system that brought political parties into the government. That arrangement lasted until 1960, when political parties were again banned, but was reinstated in 1990 with the establishment of a multiparty democracy within the framework of a constitutional monarchy.

An insurgency led by Maoists broke out in 1996. The ensuing 10-year civil war between Maoist and government forces witnessed the dissolution of the cabinet and parliament and the re-assumption of absolute power by the king in 2002. A peace accord in 2006 led to the promulgation of an interim constitution in 2007. Following a nationwide Constituent Assembly (CA) election in 2008, the newly formed CA declared Nepal a federal democratic republic, abolished the monarchy, and elected the country's first president. After the CA failed to draft a constitution by a May 2012 deadline set by the Supreme Court, then-Prime Minister Baburam BHATTARAI dissolved the CA. Months of negotiations ensued until March 2013 when the major political parties agreed to create an interim government headed by then-Chief Justice Khil Raj REGMI with a mandate to hold elections for a new CA. Elections were held in November 2013, in which the Nepali Congress won the largest share of seats in the CA and in February 2014 formed a coalition government with the second place Communist Party of Nepal-Unified Marxist-Leninist and with Nepali Congress President Sushil KOIRALA as prime minister. Nepal's new constitution came into effect in September 2015, at which point the CA became the Legislature Parliament. Khagda Prasad Sharma OLI served as the first post-constitution prime minister from October 2015-August 2016, when a new coalition led by Maoist leader Pushpa Kamal DAHAL (aka “Prachanda”) took over the premiership. The constitution provides for a transitional period during which three sets of elections – local, provincial, and national – must take place before 21 January 2018. The government scheduled local elections, the first in 20 years, which were held in May 2017.

Despite the political progress in the country, it remains a land of rugged mountains, immense poverty, and civil unrest. Many have been left without hope from the slow and fledgling attempts at democratic reform. The only true and lasting hope the people of Nepal need is the gospel message. Inroads have been made in the last half century, but much more work still needs to be done. Later this year, FLM will host the largest-ever Christian pastors’ conference, with more than 350 Christian pastors expected to attend from across the country. FLM will also unveil 5 news theological books recently translated into the Nepalese language to distribute free of charge to every minister present.

Dr. Samuel Rai
Dr. Rai is the General Secretary of the United Baptist Churches of Nepal. Additionally, he serves as a member of Carey Outreach Ministries for the regions of Nepal and Bhutan. Samuel gives oversight to over 100 churches within his network.