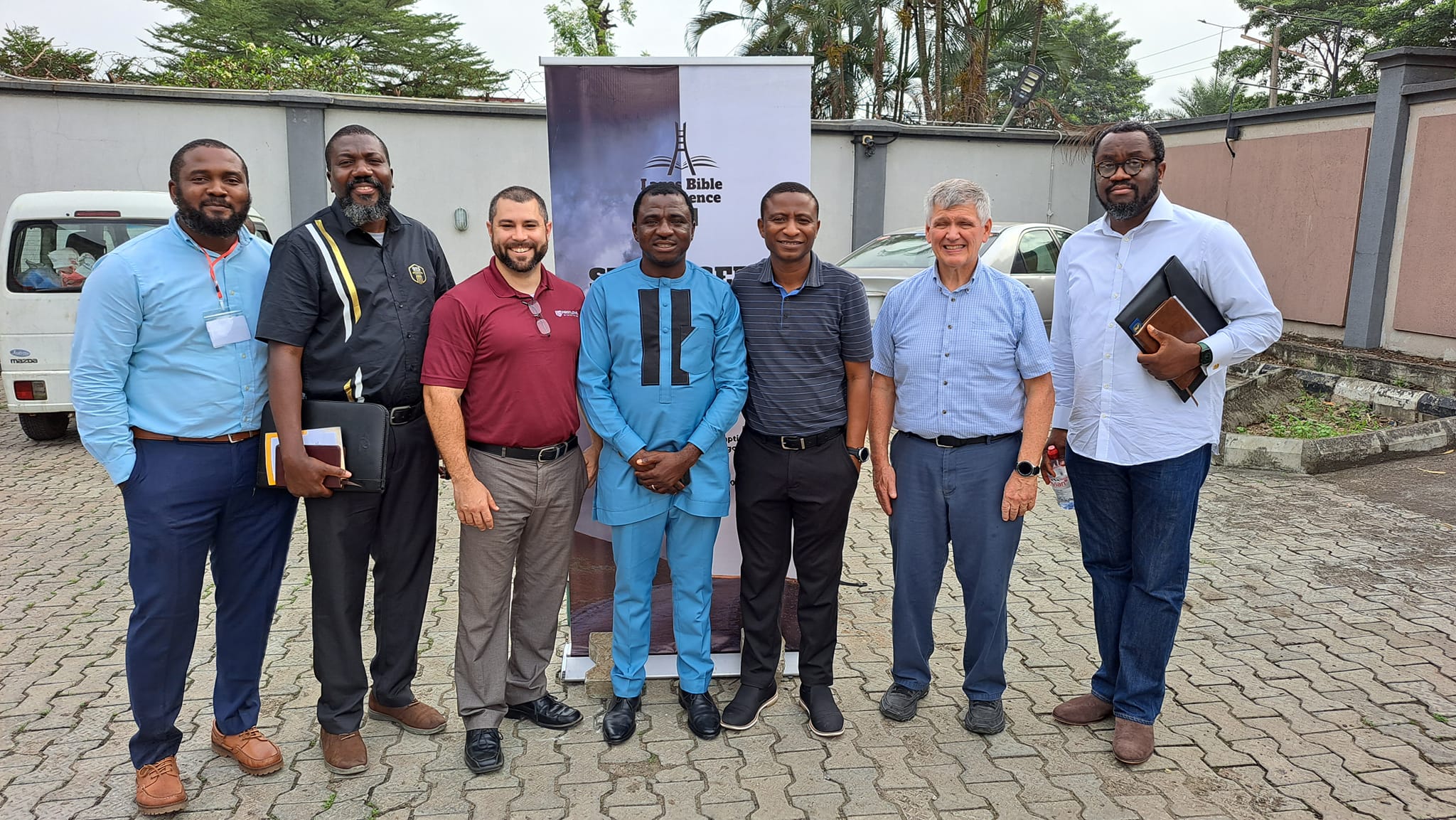 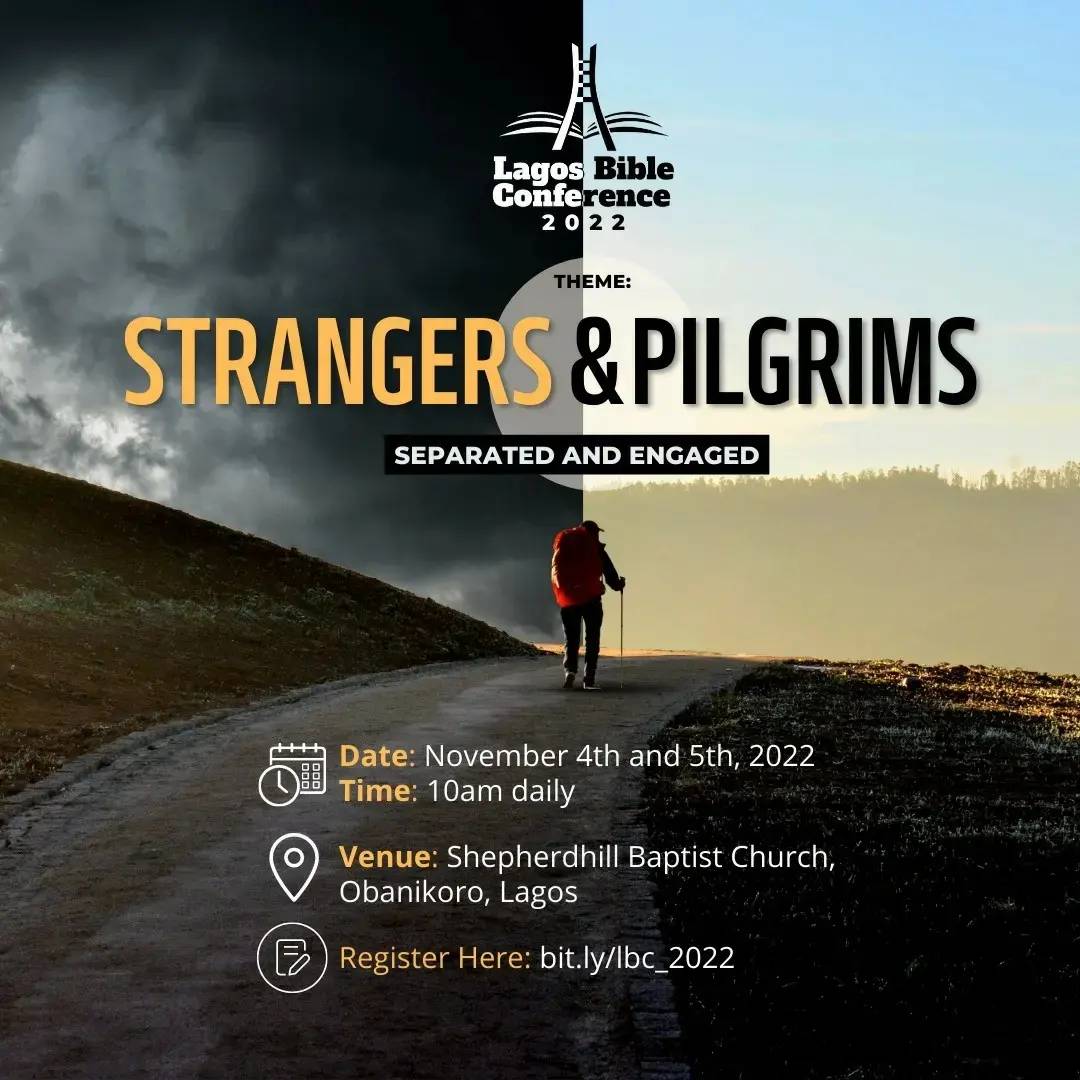 On November 2-7, Austin Huggins and Tom Smith will be traveling to Lagos to participate in the 2022 Lagos Bible Conference, the 20th anniversary of Sovereign Grace Bible Church, and radio broadcasts. The theme of this year’s Bible conference is Strangers and Pilgrims – Separated and Engaged. Messages are planned on how Christians are on … 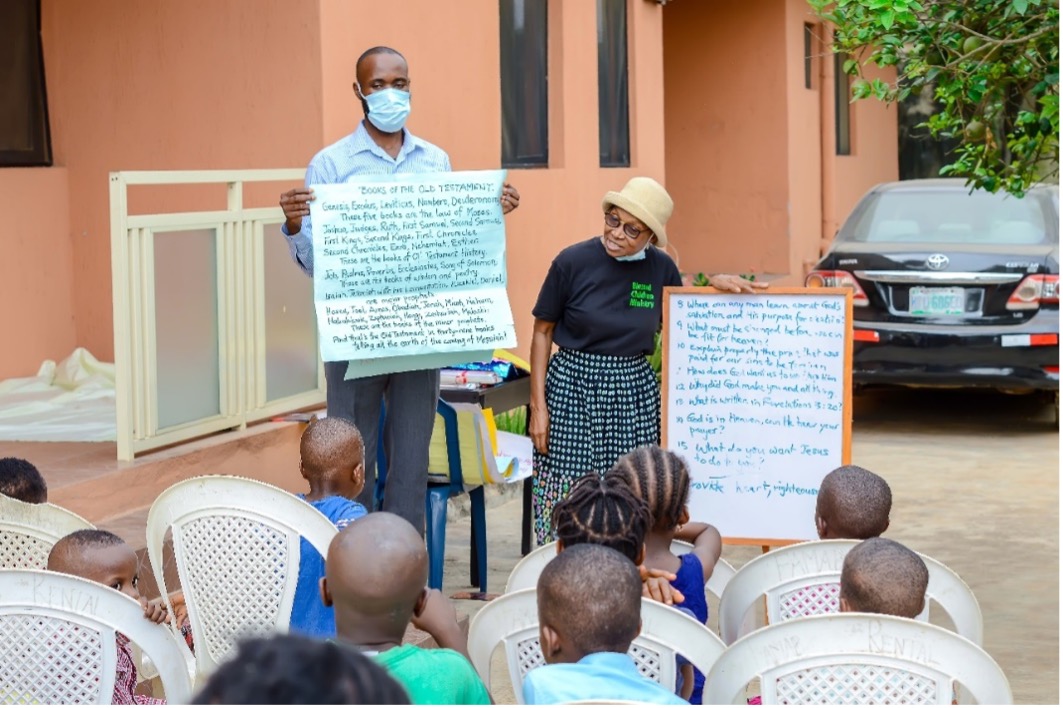 As we end this difficult year, the Covid-19 pandemic in Nigeria is reported to have entered the 4th wave with the omicron variant prevailing. Testing remains low with just about 3 million people tested in a population of 206.1 million people. Our church has continued to observe the recommended safety protocols (as best as we can), … 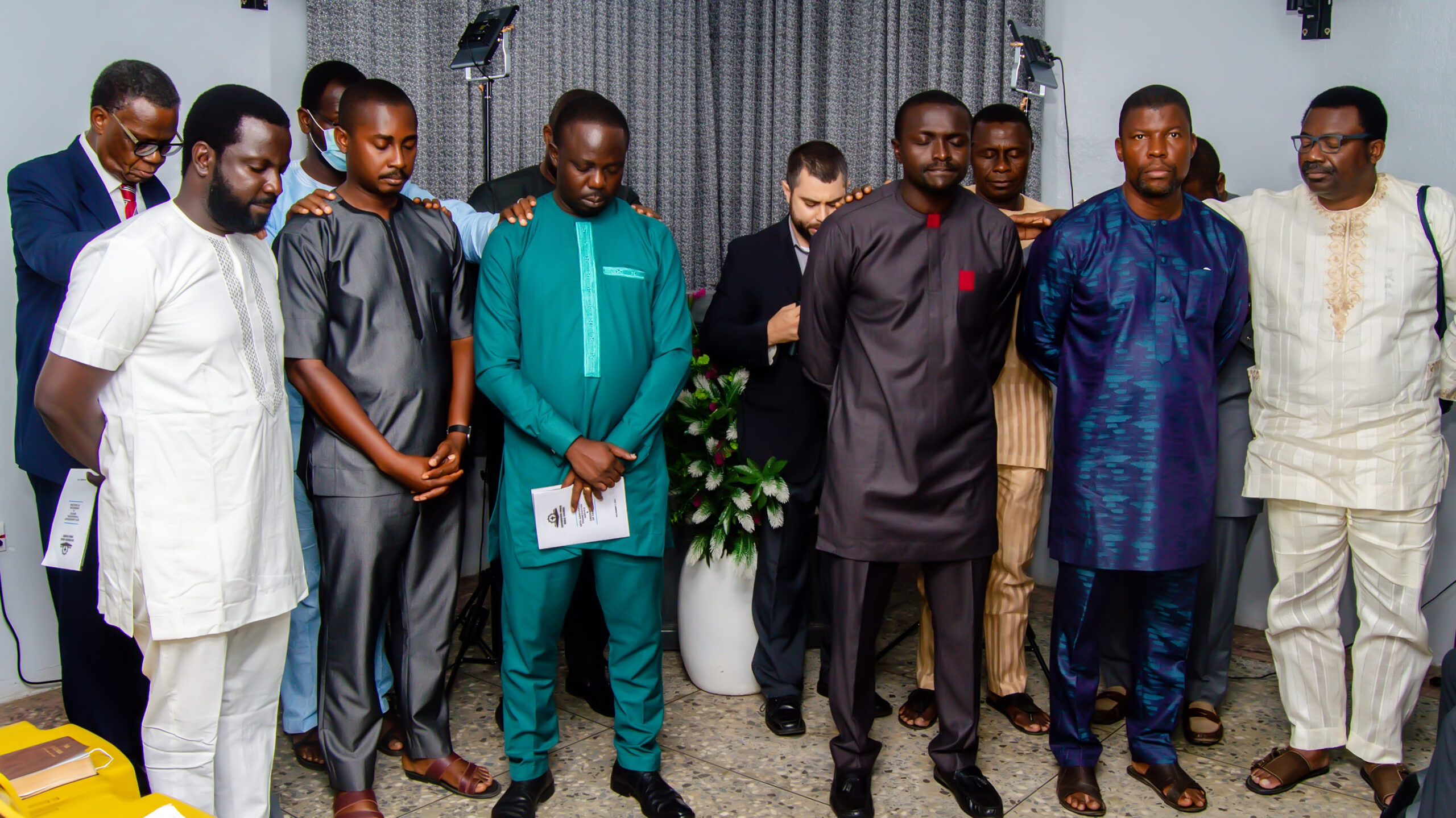 Let us not lose heart in doing good, for in due time we will reap if we do not grow weary. – Galations 6:9 Despite massively difficult travel restrictions, struggling to make visa deadlines, and almost not making it into Nigeria at all, the FirstLove Missions team was able to reconnect with our Nigerian brethren … 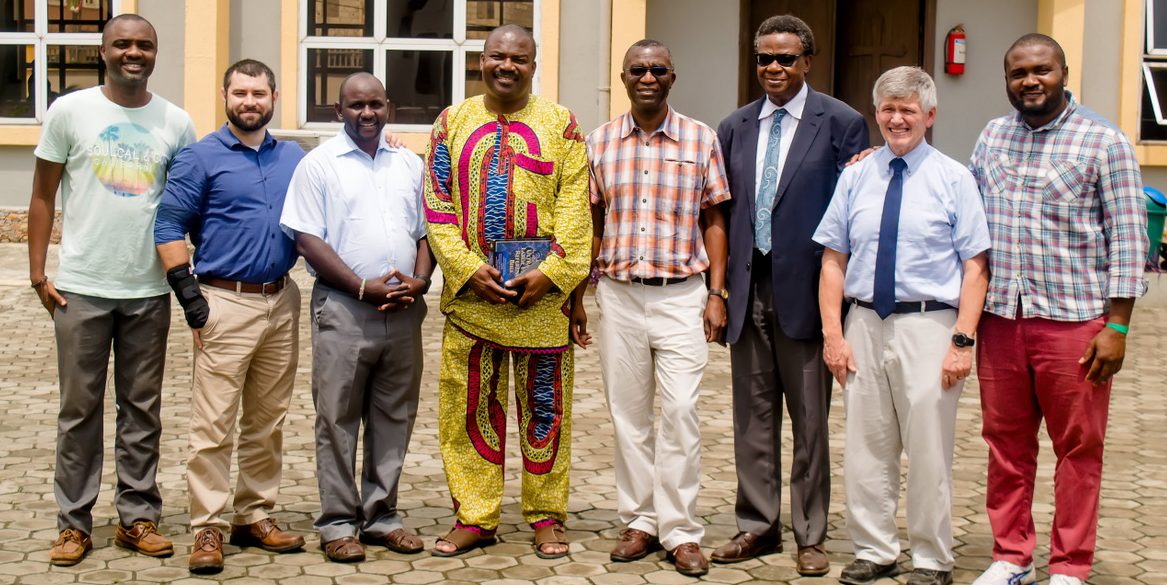 Before leaving the Washington, DC area for Nigeria, Pastor Tom and Pastor Austin were already celebrating several evident victories that The Lord had secured for the upcoming mission. As many of our readers know, Pastor Joe Jacowitz had just recently entered remission from AML (Acute Myeloid Leukemia), and was beginning a hopeful road to recovery, … 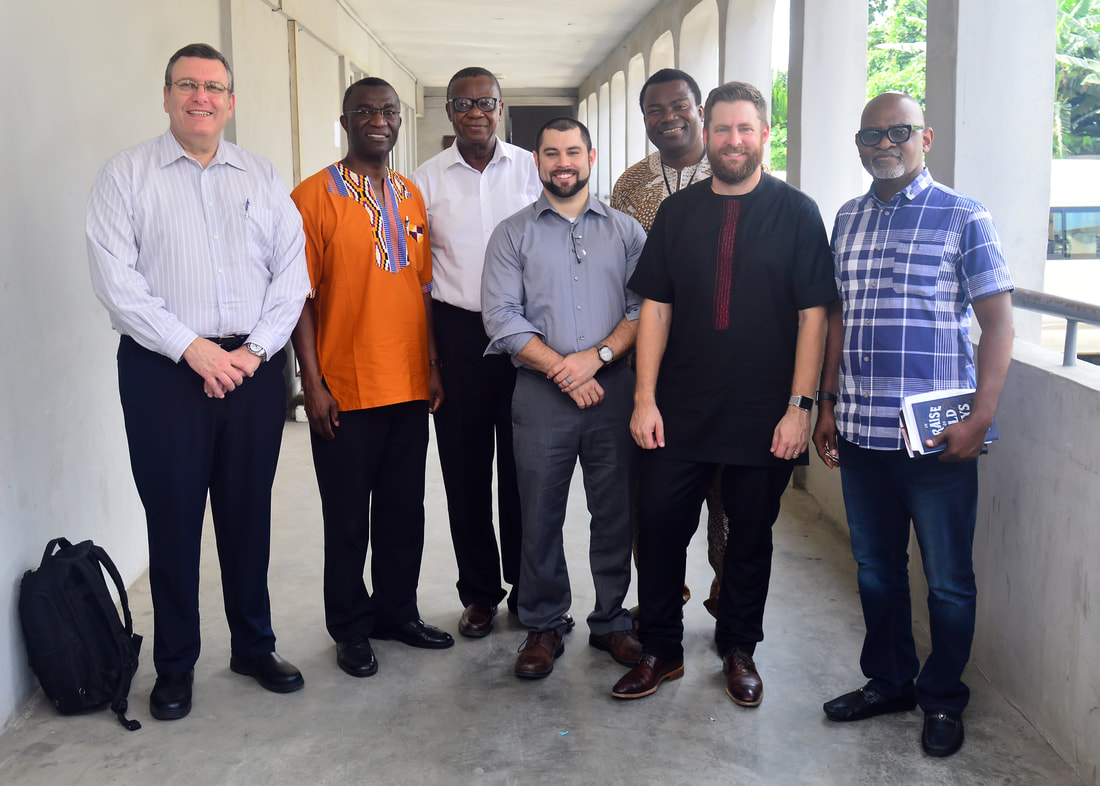 The FLM Team arrived in Nigeria Tuesday afternoon where they were warmly received by the brethren of SGBC, Lagos. The resources brought in by the team were quickly unpacked and organized as fellowship and catching up with dear friends quickly took place. There would be a couple days of recovery from travel and important meetings … 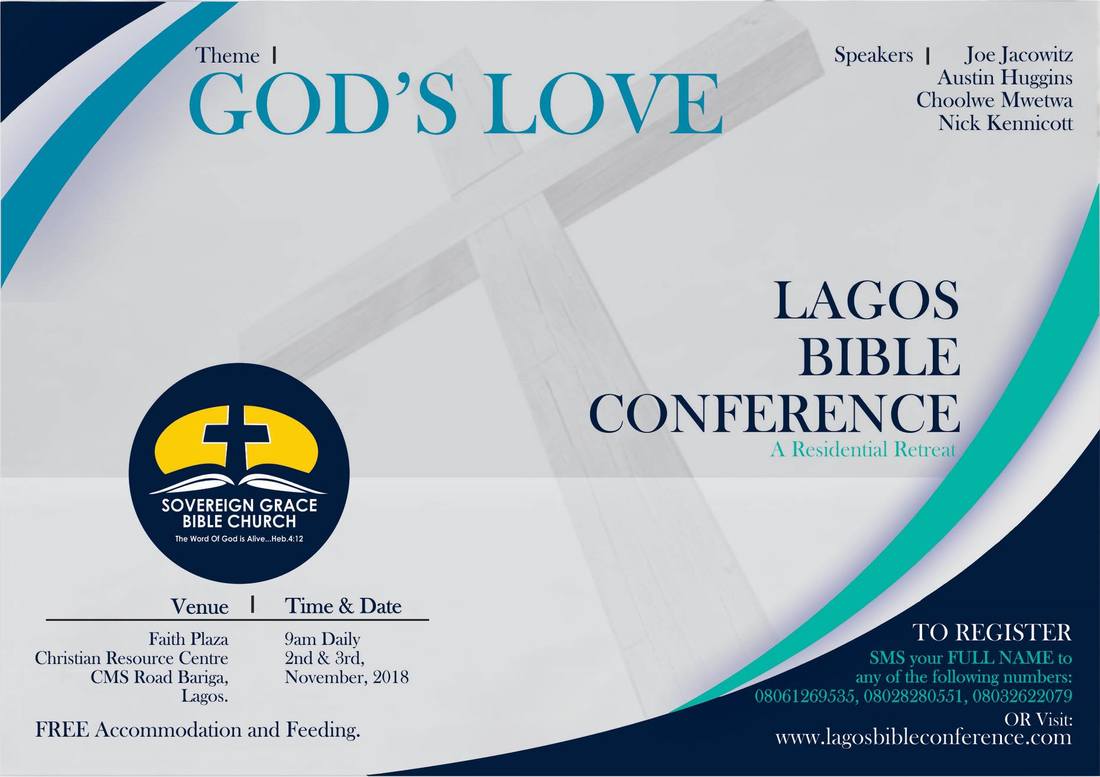 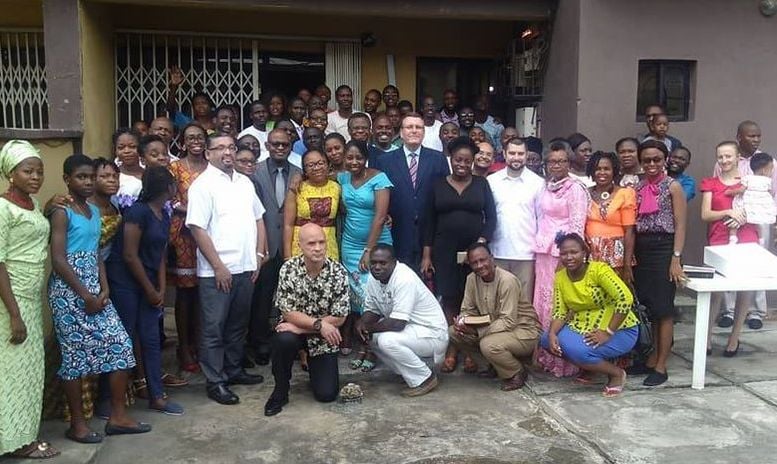 Mission Duration: November 3rd – 13th, 2017 Mission work in the nation of Nigeria presents unique challenges when compared to some of the other countries that FirstLove has the privilege of ministering to. Some of these challenges may be encountered as early as the visa application process which is required for entry. Praise the Lord, … 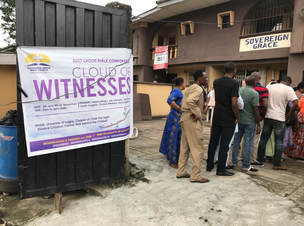 Mission work in the nation of Nigeria presents unique challenges when compared to some of the other countries that FirstLove has the privilege of ministering to. Some of these challenges may be encountered as early as the visa application process which is required for entry. Praise The Lord, however, for He gives more grace. Even …

Languages: over 500 (English the official language)

British influence and control over what would become Nigeria and Africa’s most populous country grew through the 19th century. A series of constitutions after World War II granted Nigeria greater autonomy. After independence in 1960, politics were marked by coups and mostly military rule, until the death of a military head of state in 1998 allowed for a political transition. In 1999, a new constitution was adopted and a peaceful transition to civilian government was completed. The government continues to face the daunting task of institutionalizing democracy and reforming a petroleum-based economy, whose revenues have been squandered through corruption and mismanagement. In addition, Nigeria continues to experience longstanding ethnic and religious tensions. Although both the 2003 and 2007 presidential elections were marred by significant irregularities and violence, Nigeria is currently experiencing its longest period of civilian rule since independence. The general elections of April 2007 marked the first civilian-to-civilian transfer of power in the country’s history and the elections of 2011 were generally regarded as credible. The 2015 election is considered the most well run in Nigeria since the return to civilian rule, with the umbrella opposition party, the All Progressives Congress, defeating the long-ruling People's Democratic Party that had governed since 1999.

The terrorist organization Boko Haram killed thousands of persons, in both indiscriminate acts of violence and deliberate attacks targeting Christians, as well as Muslims who spoke out against or opposed their radical ideology. Civil society groups estimated Boko Haram killed more people during 2016 than in the previous five years combined. Boko Haram expanded its control over urban areas of Borno and Adamawa States in the northeast, committing abuses such as mass killings, mass kidnappings, sexual assault, forced conversion, and forced conscription.

Pray for our missionaries to the country and for the indigenous pastors and ministers with whom we have established relations for God's continuing grace and mercy in keeping them out of harm’s way.

Pastor Tony Okoroh
Anthony Okoroh was saved in his mid-40s by God’s grace. He was led to embrace the Doctrines of Grace through the literature ministry of Chapel Library of Pensacola, Florida. In August, 2002, he was ordained to the teaching/pastoral ministry of Sovereign Grace Bible Church, Lagos, Nigeria. He also serves as a teacher and branch director of Christ Pastor’s Seminary (a ministry of Christ Bible Church, USA.) He is married to Ori, and they have two adult sons, Obioha and Ekenedilichukwu, and a granddaughter, Samantha, by Obioha and Sade. Pastor Tony participates in local seminars and international conferences, strongly believing that the truth of the Bible must be made known to all, to the glory of our Saviour and Redeemer Lord Jesus Christ.